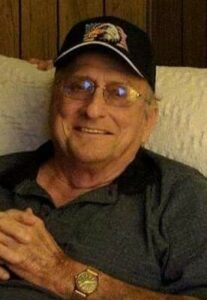 William Gene (Trapper) Brown, 82, of Boonville,  Indiana, entered rest on Sunday, March 28, 2021 at home surrounded by his family. He was born on August 27, 1939 in Evansville Indiana to Clifford (Brownie) and Mary Brown. He attended Mount Carmel high school where he played basketball, football, and track. He worked for Ashland Oil as a Transporter/Gauger. He later retired from Allendale Gravel Company as a Dredge Operator. He enjoyed being a member of the American Legion, Elks, Moose, VFW Auxiliary, and the Eagles where he could be found drinking Crown and dancing to Patsy Cline. Nothing was more important to him than his family, aside from maybe golf.

He was married to Darlene Brown for 42 years. He was an amazing loving father to children Terri (Brown) Wiger, Jim Alka (Susan), Carin Brown, Billy Brown (Ranell), and Teresa Duncombe (Kenny). Once his grandchildren, Mike Wiger (Kacey), Whitney Like (Kasey), Marvin Kimmel, Jesse Brown and Cami Timberlake were born he spoiled, guided, and entertained them. He later had four great grandchildren who adored and admired him. As a husband, father, and friend he was always a source of smiles and wisdom, he touched many lives in his lifetime.

Bill enjoyed golf and was found spending his free time at the Mount Carmel and Okeechobee golf courses.  He will be missed by his sister in law, Carolyn, his nieces, a nephew and his many friends in Mt. Carmel, Illinois and Buckhead Ridge, Florida. Bill was preceded in death by his parents, brothers Jack Brown and Bud Brown, sisters in law, Marilyn Brown, Ellen Brown, as well as his son Marvin Matchett.

Per his wishes the family will be having a private gathering to celebrate his life. Any condolences can be sent to Darlene Brown at 611 Poplar Street Boonville Indiana 47601. 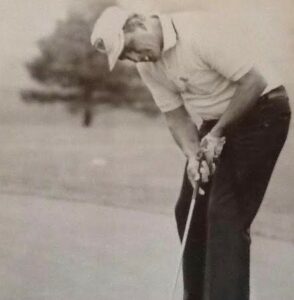