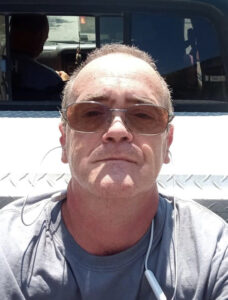 William David “Billy” Cowan, 50, of Evansville, IN passed away on December 11, 2022 at 1:32 a.m. at St. Vincent Hospital after battling metastatic renal cell carcinoma.

Known to most as “Willie Billy”, he was born September 12, 1972 to Byron and Linda Cowan in Louisville, KY. He was raised in the east end of Henderson, KY.  He worked as a cook for years at several local restaurants including Rookies Sports Bar and Shoneys, as well as several places in Evansille, Florida and Wisconsin.  He was an avid fan of the Green Bay Packers with Brett Farve being one his greatest heroes.  Billy lived a simple life with an adventurous spirit and always a smile.  He finally found his peace on Sunday morning going on his last adventure in his life’s journey.

He is survived by his four children, Summer (24), Shaina (18), Alexia (17), Brett (16) all of Florida; his brother Eddie (Melissa) Cowan of Shepherdsville, KY; his sisters Debbie Cowan and Missy (Tony) Hybarger, both of Henderson, KY; an uncle, nieces, nephews, cousins and a lot of people he considered friends.

Special thanks to the staff at St. Vincent and United Caring Shelter for your support.