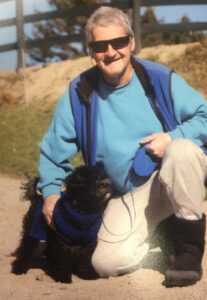 Evansville, IN – Warren William Wade, 86, of Evansville, Indiana, passed away on Saturday, October 2, 2021 at Deaconess Midtown Hospital in Evansville.  He was born on April 22, 1935 in Norwich, Connecticut to the late Everett and Rose (Smith) Wade.

Warren had at one time owned his own roofing company.  He enjoyed playing cribbage, the Dallas Cowboys and grinder sandwiches.  He also enjoyed metal scrapping and taking trips to his home state of Connecticut.

Warren is preceded in death by his sister, Barbara Wade.