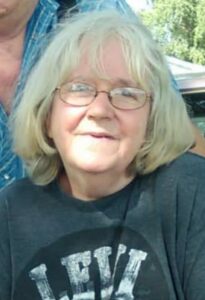 Vincennes, IN – Vicki Lee (Morris) Morgan, 69, of Vincennes, Indiana, passed away on Sunday, December 4, 2022 at Good Samaritan Hospital in Vincennes.  She was born on March 26, 1953 in South Charleston, West Virginia to the late James Boyd, Sr. and Irene (Chapman) Morris.

Vicki belonged to the First Church of God in Vincennes and had been a former member of the Moose Lodge.

Vicki is preceded in death by her brother, James Boyd Morris, Jr.