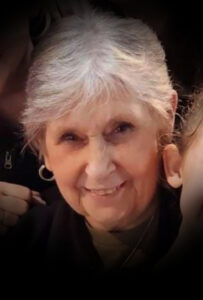 Evansville, IN – Vicki Diane (Sauer) Young, 73, of Evansville, Indiana, passed away on Wednesday, December 7, 2022 at her home.  She was born on November 28, 1949 in Evansville to the late Charles and Carrie (Hulsey) Sauer.

Vicki was a member of Fresh Air Community of Faith in Evansville, Indiana.  She loved jewelry, spending time with her grandchildren as well as arts and crafts.

She is survived by her husband, Ron Young; her daughter, Kari Dart; her step-children, Mallory Lowe (Mark) and Sterling Young (Don Crance); her grandchildren, Keira Dart and Norah Dart as well as her siblings, Terry Sauer and Randy Sauer.

Vicki is preceded in death by her son, Keith Dean as well as her siblings, Betty DeCorrevont, Bill Thomason and Don Thomason and sister-in-law, Tiffany Sauer.

A celebration of life will be announced at a later date.