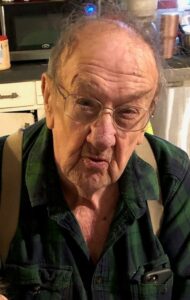 Mt. Vernon, IN – Thomas Lee Jones, 82, of Mt. Vernon, Indiana, passed away on Friday, May 20, 2022 at Deaconess Midtown Hospital in Evansville, Indiana.  He was born on November 25, 1939 in Dahlgren, Illinois to the late Thomas Clifford and Nora Lee (Dickerson) Jones.

Thomas enjoyed collecting guns and finding new hobbies and crafts to do with his grandchildren.

Thomas is preceded in death by his daughter, Geri Pendle (Ron) and his sister, Ruth Ellen Rosenke.