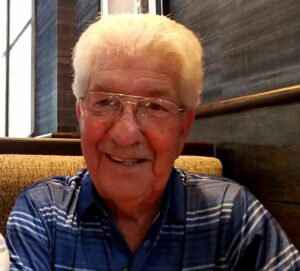 Gene was born in Evansville, Indiana on August 14, 1935. He attended Mater Dei and worked at Whirlpool and then owned Briles & Garnett Sewer Service. Gene was married to Dixie Garnett (Briles) for 62 years. Gene was a member of North Civitan for over 30 years. He was also a member of Salem United Methodist Church on Kratzville road. Gene was very loving husband, father and grandfather. He was known throughout Evansville and always had a friendly hello and a big smile for everyone.