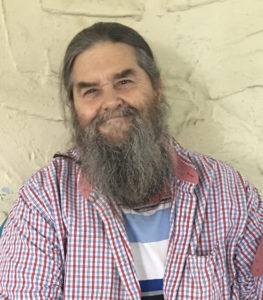 Evansville, IN – Stephen “Steve” Schnarr passed away peacefully in his home on Thursday, August 30, 2018.  Steve was born and raised on Evansville’s West side, and was a graduate of Reitz High School, where he met his best friend, Jamie Kidd, who preceded him in death… and gave him a knuckle sandwich at the gates of Heaven.  Also there to welcome him, is his beautiful mother Doris Jean and his beloved father Joseph.

Steve loved fishing, playing cards and cribbage; driving his golf cart around Folly Beach for seven years, hot coffee, pretty women, Jesus and most of all – his family.

And How!! “Spanky” will be tremendously missed by his four children, Amber and Matthew Schnarr of Evansville, Indiana, and Chrissy and Ben Schnarr of Charleston, South Carolina.  Steve was an amazing Paw Paw and will be cherished by his grandchildren, Isaac, Kayla Jean, Collin, and Lucas.

The oldest of three, Steve also leaves behind his baby sister, Lynn Anthis of Columbus, Indiana, and brother, Terry Schnarr of Evansville, Indiana.  Both were beside him every day near the end, protecting him as he had once been their protector.

Of all the lessons we learned from Steve, he left his family with a confident understanding that in the end LOVE is ALL that matters.  A private Celebration of Life to be announced soon.

Simple Cremation Evansville is honored to serve the family.