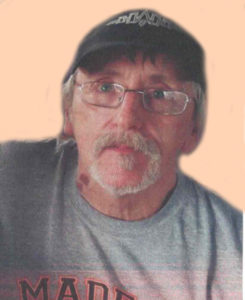 Evansville, IN. – Stephen Dale Eden, 68, of Evansville, Indiana, passed away peacefully at home in the presence of his beloved, Judy Rainey.  He fought the good fight for over four years but a cure was not meant to be.

Steve was born in Indiana and lived in Boonville for much of his life.  He is preceded in death by his father, Charles (Buck) Eden.

Steve attended Boonville Highschool.  He retired from Hoosier Stamping in 2012.  He enjoyed stock car racing and was on his dad’s pit crew.  He also loved his internet games and NASCAR.

A special thanks to his favorite doctor, Noah Taylor M.D. and his caretakers, Judy Rainey and Derek Eden.