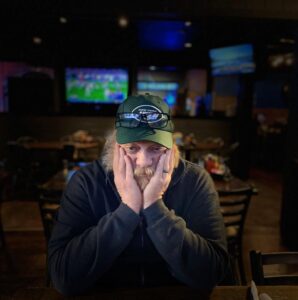 Henderson, KY – Stephen William Bruce, 52, of Henderson, Kentucky, passed away on Monday, July 19, 2021 at his home surrounded by his family.  He was born on February 24, 1969 in Newark, New Jersey to the late William and Ann (Smith) Bruce.

Stephen was a funny, stubborn man that loved everyone around him.  He enjoyed reading, cooking and was a diehard Jets fan.  Above all else, however, his children were his entire world.

He is survived by his wife, Tracey (Simpson) Bruce; his children, Annabelle and Caden Bruce and his sister, Sandy Willson.

Stephen is preceded in death by his brother, Robert Bruce.

A celebration of Stephen’s life will be held at a later date.