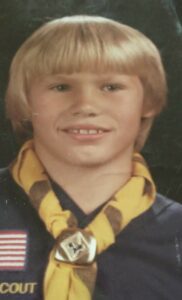 Boonville, IN – Stanley Everett Bedsole, 50, of Boonville, Indiana, passed away on Monday, October 10, 2022 at Transcendent North Health Campus in Boonville.  He was born on April 11, 1972 in Owensboro, Kentucky to the late Jerry Nash and Attia Nadine (Beckhart) Bedsole.

Stanley enjoyed riding motorcycles, giving tattoos and building guitars.  He played several different instruments throughout his life and had a great talent for drawing.  He was a true artist, a free spirit and was loyal to his family.

He is survived by his siblings, Sena Faught (Steven), Robin Bedsole (Jeff) and Jerry Bedsole (Stephanie) as well as his nieces and nephew, Alexandria Hatfield (Ryan), Georgia May Bedsole, Samuel Bedsole and Leah Bedsole.