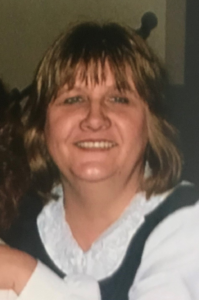 Shirley was born in Carmi, Illinois on December 8, 1958 to the late Lewis Ray Jordan and Wanda Gene Smith.

She was a member of World Harvest Christian Center in Carmi, Illinois. She loved being a grandma and spending time with her grandchildren.

Per Shirley’s request, she will be cremated and laid to rest at Centerville Cemetery at a later date.