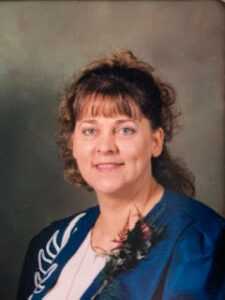 Vincennes, IN – Sharon Marie Smith, 73, of Vincennes, Indiana, passed away on Tuesday, July 13, 2021 at the Good Samaritan Home in Vincennes.  She was born on August 10, 1947 in Vincennes to the late Jack Gray and Martha Irene (Polk) Seber.

Sharon adored her little Yorkies.  She enjoyed reading and discussing spirituality with her friends.

Sharon is preceded in death by her son, Todd Fiscus and her siblings, Barbara Holmes, Leon Gray and Lee Gray.

The family would like to give a special thanks to all of Sharon’s friends and neighbors who assisted in her care, as well as the third-floor staff of Good Samaritan Hospital in Vincennes.

Memorial contributions in honor of Sharon may be made to the Vincennes Animal Shelter located at 1128 River Road, Vincennes, Indiana 47591.