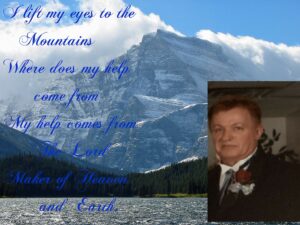 Sam was an outdoorsman who loved going to Montana and seeing the mountains.  He was a gun collector and enjoyed telling jokes. When asked, “who did you see today?” he would often respond with “everyone I looked at.”

He is survived by his daughters, Kathleen Lovell-Byers (Myron), Adeline Chinn (Clarence) and Julie Walerczak (Ron); 7 grandchildren; 4 great-grandchildren; his siblings, Sharon Liles and Christopher Lovell as well as several nieces and nephews.

The family would like to extend a special thanks to the staff of Solarbron and Heart to Heart Hospice for their care.