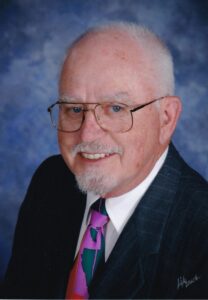 Bob was a ninth generation American, with the first Saffel arriving from England before the Revolutionary War.  Growing up in West Virginia during WWII, he developed a great work ethic.  Bob served in the Army during the Korean War, and he married his high school sweetheart Regina on May 9, 1953.  He was a loving husband and father who always liked to volunteer a helping hand to family, church and friends.  Bob was an avid runner, active member of the Jackson Road Runners and supporter of the annual Andrew Jackson Marathon.  He was also a huge fan of the Union University (Lady Bulldogs) Basketball team.  In his later years, Bob tried to stay as active as possible.  He was limited by the effects of Parkinson’s Disease, but maintained a positive and gracious attitude.

Those left to cherish his memory are his wife of 67 years, Regina Ann Saffel; son Robert Wayne Saffel II and his wife Kathy, with their children Liana (Zachary), Allison and Hannah; son Thomas Craig Saffel and his wife Dana, with their children Brandon and Eric; son Phillip Richard Saffel and his children Seth, Sidney and Cody (Jordan), and great-grandchild, Ellis.  Bob’s brother Michael Burrell and sisters:  Bonnie Herrold, Mary Pava, Betty Azar, Linda Brandt, and Judy Spencer.  Bob was a member of Heritage Baptist Church in Owensboro, KY, and a former member of Forest Heights United Methodist Church in Jackson, TN.  A Memorial Service will be scheduled in the coming months.  Memorial donations may be made to Heart to Heart Hospice, 415 E 6th St, Jasper, IN 47546.