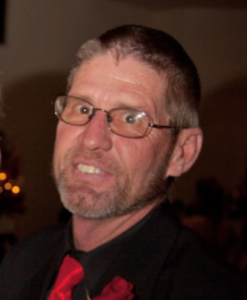 Cynthiana, IN – Robert “Pokey” Smith, 61, of Cynthiana, Indiana, passed away on Saturday, December 26, 2020 at Deaconess Gateway Hospital in Newburgh, Indiana. He was born on October 2, 1959 in Evansville, Indiana to the late Bruce and Joyce (Chism) Smith.
Pokey worked at Fligeltaub Company for 40 years and most recently at Naas and Sons LLC as a truck driver. He attended Castle High School in Newburgh, Indiana. He loved hunting, Nascar, bowling and spending time with his grandkids.
He is survived by his daughters, Becky Elmes (George) and Dawn Hurlbut (David); grandchildren, Haley & Michael Elmes and Evan & Savanna Hurlbut; sisters, Chris Howard, Joy DeWig, Susie Cutteridge; sister-in-law, Sherry Smith; brothers, Kenny Chism and Jesse, Gary, Roger and Harry Smith as well as his fur baby, Daisy.
Pokey is preceded in death by his son, Shawn Robert and his brothers, Bruce Jr. and Terry Smith.
No services are scheduled at this time.
Memorial contributions in honor of Pokey’s son, Shawn Smith may be made to Easter Seals Rehabilitation Center.
Simple Cremation Evansville is entrusted with care.