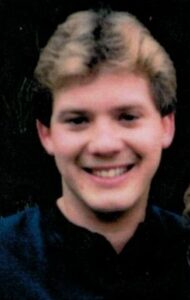 Robert enjoyed the outdoors, fishing, woodworking and crafting.  In his earlier years he enjoyed bowling and had competed for the state championship.

He is survived by his daughter, Savannah Heintz; his mother, Shirley Heintz and his sister, Wendi Craig (Frank).

Robert is preceded in death by his father and well as his grandmother, Flora Auckerman.