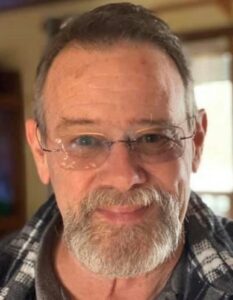 Robert ‘Bob’ Sutton of Evansville, Indiana passed away Saturday the 19th of February 2022 at the age of 69. Bob was a graduate of Benjamin Bosse High School class of 1970. He started his professional career with Coca Cola for 20 years and went on to retire from Pepsi Cola after 17 years in 2015. While not a man of many words he enjoyed taking care of his family, gardening, and being outside. You could so often find him on his porch just taking in the day. He will be remembered most for his love of westerns, knowledge of the world, and perfectly timed comments that would punctuate any conversation. He will also be remembered for filling the role in the lives of his children and stepchildren as a loving parent and biggest supporter. He fell in love with a young mother and her children and gave them a life where they wanted for nothing. His unconditional love and support had been a staple in the lives of those who knew him and he was truly a rock for his family.

Bob is preceded in death by his parents Bill and Maxine Sutton as well as his son, Sol. He is survived by his loving wife of 33 years Lauren Sutton, siblings Tom and Betty Philipps, John and Jane Sutton, and Steve Sutton, children Lee and Cara Kneer, Andrew Sutton, Ryan Kneer, Morgan Appel, Adam and Alyson Kissel, and Erynne Sutton as well has his best friend since grade school, Tim Gardner. He was a doting Papa to ten grandchildren who will so deeply miss his scrambled eggs.

Bob always requested his children donate to the Salvation Army in lieu of Christmas gifts. Donations may be made there or to Easter seals in his memory.