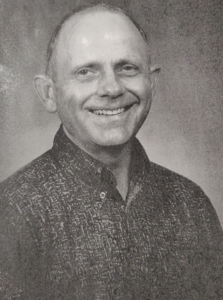 Richard (Dick) Sewell Campbell Jr.
Dick was born to Richard and Dorothy Campbell in Hollywood, CA on April 7, 1944.
Dick attended Monte Vista High School in Spring Valley, CA. In 1966, he graduated from Texas A&M University with a BS in Electrical Engineering. Dick started his career with Alcoa in Rockdale, TX. He was transferred to Warrick Alcoa Operations and worked there until retirement in 2004, after 38 years of service.
Besides rooting for Texas Aggie football, Dick spent many hours volunteering with the “Tuesday Group” at the Santa Claus campground and Warrick Habitat for Humanity. Dick was a member of Newburgh United Methodist Church and later, Bluegrass United Methodist Church.
He is survived by his wife of 24 years, Priscilla Campbell; son, Richard (Colleen) Campbell of Indianapolis, IN; Daughter, Melissa (Rick) Morelli of Columbus, IN; Chris Meinert of Rochester, NH; step children, Chad (Carmen) Lethig of Indianapolis; Kristi (Erik) Nor of Saugatuck, MI; and Tracey ( Bryan) Hageman of Apollo Beach, FL; brother, Keith Campbell of Honolulu, HI; and sister Sally (Paul) Schoberg of Sun Lakes, AZ; and grandchildren Stephen and Nalani Campbell of Tulsa, OK
The family would like to give special thanks to the staff of Walnut Creek for Dick’s care for the last three and a half years of his life.
In lieu of flowers, memorial contributions can be made to Warrick County Habitat for Humanity, 10622 Telephone Road, Newburgh, IN or the University of Miami Brain Endowment Bank, 1951 NW 7th Avenue, Suite 240, Miami, FL. 33130.
Due to Covid- 19, a private service will be held for the family.