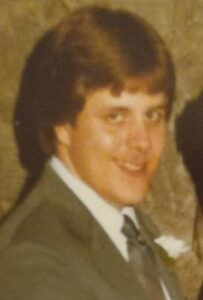 Evansville, IN – Richard Allen Poole, 57, of Evansville, Indiana, passed away on Saturday, January 1, 2022 at his home.  He was born on October 27, 1964 in Henderson, Kentucky to the late Bobby Poole and Betty (Peak) Gower.

Richard loved working on cars, fishing and stereo systems.  He had a big heart and will be missed dearly.

He is survived by his son, Keith Poole (Andrea); his fiancé, Tonja Martin; his grandchildren, Chris, Ethan, Nathan and Kyson; his brother, Bobby G. Poole (Yvette) and his nephew, John Poole.

Richard is preceded in death by his wife, Yvonne (Benefiel) Poole and his stepfather, Wayne Gower.

A celebration of Richard’s life will be announced at a later date.