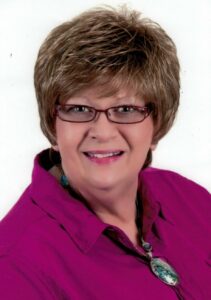 Evansville, IN – Rebecca M. (Mehling) Cook, 72, of Evansville, Indiana, passed away on Wednesday, February 16, 2022 at her home in Evansville surrounded by her family. She was born on August 6, 1949 in Evansville to the late Leo and Betty (Schnautz) Mehling.

She, along with her brother Robert, owned and operated M & M Auto Service which was founded by her late father and uncle in 1948. She enjoyed sewing and founded as well as participated in several local non-for-profit organizations.

She is survived by her daughters, Alyssa Coffman (Jeremy) of Louisville, KY and Dianna Hassebrock (Daniel) of Evansville, IN; grandchildren, Cherish, June and Leo Hassebrock as well as one brother and two sisters.

Rebecca is preceded in death by her parents, husband, Billy Wayne Cook and her brother.