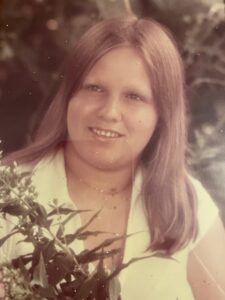 Rebecca is survived by her husband, Daniel Hendricks; her sister, Kathy Branham and many nieces and nephews.

She is preceded in death by her sister, Lou Walker.