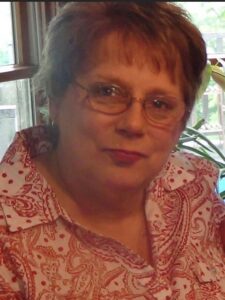 Evansville, IN – Penny Susan (Walters) Owens, 77, of Evansville, Indiana, formerly of Carbon, IN, passed away on Wednesday, September 14, 2022 at her daughter’s home.  She was born on May 27, 1945 in Terre Haute, Indiana to the late Forrest Walters and Maude (Brown) Riley.

She attended Arsenal Technical High School in Indianapolis, where she grew up. She married her late husband, Harry Owens Jr (Dick) in 1988 and moved to Parke County, where she spent her best years. She worked at Adamson’s Fabric Care for 18+ years and later retired from Trimpe Cleaners. She recently moved to Evansville to be closer to her grandkids.

Penny’s greatest joy was being with family and spending time with her grandchildren. She was an animal lover and enjoyed taking trips to Florida with her family.

She is survived by her daughters, Angie Medley (Glenn) and Jenny Ball (Todd); her grandchildren, Emily Medley, Jackson Medley (Jessica), Isaac Ball and Riley Ball; her great-grandchildren, Ruby and Everett Medley as well as her sister-in-law, Irene Walters, brother-in-law Jim Owens, and several nieces and nephews.

She is preceded in death by her husband, Dick Owens; her parents, Forrest Walters, Maude and Glenn Riley; her brother, Don Walters and her nieces, Donaleen Lamkin and Michelle Walters.

The family would like to especially thank Dr. Mark Browning and his caring team.

Memorial gifts may be made in her loving memory to the Clay County Humane Society, 8280 N CR 125 W #7535, Brazil, Indiana 47834 or to the Pancreatic Cancer Action Network (Pancan.org).

Simple Cremation Evansville is entrusted with care. There will be no public service, per her wishes.