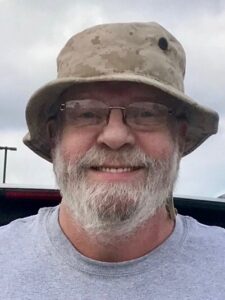 Jasper, IN – Paul Wayne Thomas, Jasper, Indiana, age 67, passed away with his loving family by his side on Sunday, October 25, 2020, following a hard fought battle with lung cancer. He is survived by four daughters, Shannon Kemper (Wayne) of Holland, Jennifer Thomas (Ryan Rigdon) of Evansville, Amber Hoffman (Chad) of Jasper, and Valerie Thomas of Evansville, two brothers, Dave and John Thomas, one sister, Pat Hunter, and eleven grandchildren.
Paul was born in Valparaiso, Indiana on January 7, 1953 to Forrest and Eunice Thomas. He graduated from Kankakee Valley High School in 1971 and received an associates degree from Vincennes University. Paul served from 1973-1975 in the United States Air Force and was stationed in the Philippines.
Preceding him in death were his father, mother, three brothers, and one sister.
Cremation was chosen and a private family service will be held at a later time.
Simple Cremation Evansville is entrusted with care.