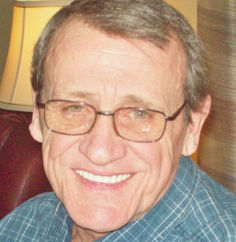 Michael V. Osha, 72, of Lynnville, Indiana passed from this life on Saturday, December 14, 2019 while at home in the house he built himself, in the company of his wife, Rebecca and family.

Mike was born July 24, 1947 in Lynnville, Indiana and graduated from Tecumseh High School where he was drafted into the United States Army. Mike served as a combat veteran in Vietnam for the 9th Aviation Battalion, 9th Infantry Division. Mike worked as a carpenter in both Alabama and Indiana, where he was a member of Local #224. He enjoyed fishing, frog gigging, searching for mushrooms and also finding hornets nests to use as decorations in his rustic house. He enjoyed playing washers on his court and also racing remote control cars on a home built track, complete with lighting, in his backyard. Mike was a true Parrothead and listened to Jimmy Buffet continuously while manning his pontoon boat.

Mike is preceded in death by his parents, Charles and Ruth Osha.

No services will be held presently, however there will be a celebration of his life at a later date.

The Osha family would like to extend a heartfelt thanks to the compassionate physicians Drs. Field and Langenberg. Thanks also to DaVita Dialysis and all their nurses and doctors.