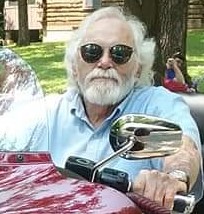 Michael enjoyed collecting cars and attending car shows.  He collected guns and enjoyed shooting them enough to make himself go deaf in his right ear.  He also had a love for his beloved dogs!