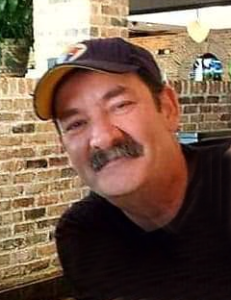 Michael Joseph Ross, 61, of Evansville, Indiana passed away peacefully with several family members by his side on February 13, 2019 at North Park Nursing Home in Evansville.

Michael was born in Evansville, Indiana to the late Robert and Sharon Ross.  He was the nicest guy ever and his smile lit up the room.  He was known for his politeness, opening doors for everyone and made new friends very easily.  Michael was a huge Cincinnati Reds and Pittsburgh Steelers fan.  He and his daughter had many good times at super bowl parties eating and laughing.  Uncle Mike will be greatly missed by his great nieces and nephews.  They enjoyed spending time with him hiking, going to Holiday World, and adding him to the chore list!  Because of his mustache they nicknamed him “Mario”.

Special thanks to the North Park Nursing Home staff and Heart to Heart Hospice for their caring support of our “Gentle Giant”.

Memorial contributions may be made to Alzheimer’s and Dementia disease research in Michael’s name.

A Celebration of Life memorial service will be held at a later date.