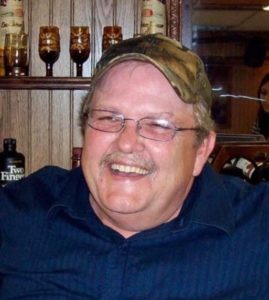 Melvin Francis Mason, 61, of Evansville, Indiana, formerly of Ottawa, Illinois, went home to be with the Lord on Saturday, January 18, 2020. A Celebration of Life will be held in Ottawa at a later date.
Melvin was born December 16, 1958 to Melvin and Glennie (Thiry) Mason, in Spring Valley Illinois. He found Dawn (Frieri), the love of his life in 2005 and married her on April 26, 2008.
Melvin grew up in Ottawa but also lived in several other places. The home of his heart was Minnesota and he had planned to retire near the beautiful lakes of the north.
Melvin was a devoted follower of Jesus Christ. He was an avid fisherman, an incredible storyteller, he enjoyed a good debate, and was a genuinely loving man. He was a proud and successful business owner, which he ran side-by-side with his loving wife. Most importantly, Melvin was a dedicated family man. His wife and children were the light of his life and his love for them was immeasurable.
He is survived by his wife Dawn of Evansville, Indiana, his children; Ronda Maddux, of Princeton, Illinois. Krista (Carlos) Malaga of Ottawa, Kaitlyn (Daniel) Tubbs of Evansville, and Anthony Galindo of Evansville; seven grandchildren, Alexandria (Gage) Hurley, Charlotte Maddux, Lito Cosme, Chrystian Cosme, Samuel Cosme, Gabriella Maddux, Gracelyn Maddux; and great-grandson, Mason Maddux. Also, his siblings, William Mason, Valerie Nagy, Denetta (Angelo) Flamingo, and Tracy (Robert) Ross, as well as many nieces and nephews. He was preceded in death by his parents, his bonus father Dennis Anderson, a brother, Richard Lee (in infancy), his father-in-law Angelo Frieri and a brother-in-law William Nagy.
Memorials may be directed to Dawn Mason at 918 N. Lincoln Park Dr. Evansville, IN 47711.
Simple Cremation Evansville is entrusted with care.