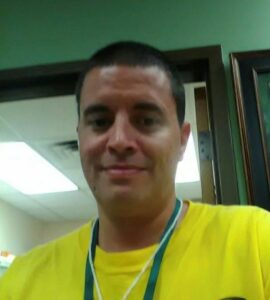 He was born in Owensboro on November 29, 1978 to his parents Jan and Rebecca Hart. He was proceeded in death by all of his grandparents and both of his parents, his dad in 2001 and his mom in 2010.  He is survived by his sister Sarah (Danita) Hart of Newburgh, IN, his girlfriend Amy Weightman, and many friends and extended family members.  When he was young, his family moved to Newburgh, IN where he spent most of his childhood. He was a happy child, so smart and full of life. He excelled at school and had plans to do big things with his life.

Alcoholism and drug addiction wrecked those plans. From a very early age Matt struggled with his addiction to drugs and alcohol. He was known to be a talented house painter and an excellent cook. He was a good friend that was always willing to help those around him. He made endless attempts to change his life and completed many rehabilitation programs. He had many periods of sobriety where he would begin to get his life back together. However, the drugs and alcohol kept pulling him back in. The death of both of his parents added to his depression which made his addiction even more powerful over him. This lead him down a long, dark road that ruined relationships, ended jobs, and landed him in jail multiple times. As much as family and friends tired to help over the years, the pull of addiction was too strong for him to overcome.

For those friends of Matt that are still using, please don’t let his death be in vain. Turn your life around before it is too late like it is for Matt. We are heartbroken that Matt’s life was such a struggle and that he never found true happiness, but his struggles are finally over and he can have the peace that he has been searching for all of his life. He can now be with his parents that he has been missing for so many years.

A memorial service is being planned and will be announced on Matt’s Facebook page. Memorial contributions can be made to Evansville Rescue Mission at 500 E Walnut St. Evansville, IN 47713 in Matt’s honor.