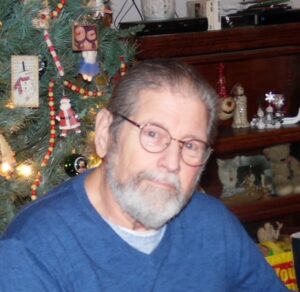 Lou was born on November 2, 1951, to Louis D. and Katherine (Barfoot) Cline in Newport News, Virginia.

Lou received his degree in Industrial Technology from Lain Technical Institute in Evansville, Indiana in 1973.  He was an electrical engineer from 1973 through 2014 spending the majority of his career at Alcoa and Flanders Electric.

His interests included shooting guns at the gun range, hunting and fishing.  Lou loved to vacation at Outer Banks, North Carolina where he often vacationed as a child.

Lou often spoke about coaching his kid’s soccer teams as they grew up and was so proud of them as well as all of his grandkids.

He deeply adored his wife, Cheryl, loved his children and his dogs.  Lou was very well liked and always charmed the nursing staff that had attended to him over the last couple of years.  Several caregivers referred to him as “Louie” and always commented about how sweet he was to them.

We would like to thank Ascension at Home for their wonderful care and compassion they have showed to Lou in the last year, as well as all of the staff at Deaconess Midtown Covid ICU for their tireless efforts during this time.

A celebration of his life will be arranged at a later date. Contributions to the Posey County Humane Society can be made in honor of his love for his dogs.