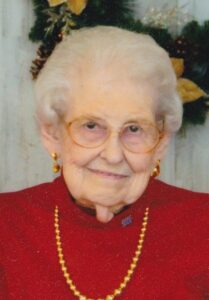 Beuton was born to James and Irene (Pryor) Campbell on August 28, 1924 in Lafayette, KY.

She was the oldest of their six children. She married Grover C. Towler, Jr in 1946 and had two

member of Severns Valley Baptist Church in Elizabethtown. She was a bookkeeper and retired

from the Coca-Cola Bottling Company of Elizabethtown. She loved her family and friends

She is survived by her son, Grover (Julie) Towler of Newburgh, IN; son-in-law Chip Lockwood of

Ann (Wilburn) Wilson, and many nieces and nephews.

She was preceded in death by her husband Grover, daughter Patricia, brothers Marvin, Leonard

Graveside services will be held in Elizabethtown, Kentucky, at a later date. Memorial

contributions in Beuton’s honor may be made to the charity of your choosing.