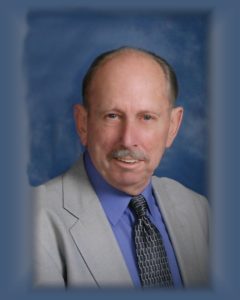 Larry Lee Bailey, age 80 passed away on November 27, 2019 in Evansville, Indiana.  He was born on June 30, 1939 in Effingham, Illinois.  He graduated from Effingham High School.

Larry was preceded in death by his parents, Doris A. and Dorothy (Marten) Bailey.  He is survived by his wife of 58 years, Pamela; son Darrin (Teresa) Bailey of Princeton, Indiana; his sister Mary Hume of Topeka, Kansas; brother Jim (Becky) Bailey of Watson, Illinois; nieces, nephews and cousins.

Larry was recently privileged to go on the Honor Flight EVV11 with his son, Darrin as guardian on October 5, 2019.  From 2018 to current he was a member of Immanuel Lutheran Church on Volkman Road.  Prior to moving to Evansville, he was a very active member of Shepherd of the Hills Lutheran Church, Georgetown, Indiana for 45 years.  God gave him life and he enjoyed sharing it with others.

A Memorial service will be held at Shepherd of the Hills Lutheran Church, 5231 IN-62, Georgetown, Indiana, on Saturday, December 7th at 11:00 am Eastern Time (10:00 am Central Time) with visitation 1 hour prior to service.  Inurnment will be at Iola Cemetery, Iola, Illinois.

In lieu of flowers, memorial donations may be sent to Honor Flight Southern Indiana, P.O. Box 8234, Evansville, IN  47716.