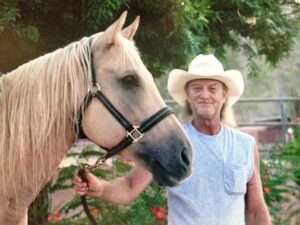 Larry worked as a Horse Ranch Manager in Phoenix, AZ for over 20 years. He also worked for Duncan at Duke Energy. He enjoyed fishing, camping, horseback riding, hanging out with his brothers in his man cave playing pool and ping pong. Larry was loved and will be missed.

Larry is survived by his sister Lea Ashby (Bob) Princeton, IN, Jeff Cooper (Donna) Princeton, IN, and Steve Cooper, Francisco, IN. Larry also had several nieces and nephews. Also, his African Grey Parrot named Bubba. Besides his parents, Larry is preceded in death by his brother, Roy Allen Cooper. Larry requested to be cremated.