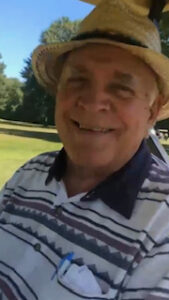 Sullivan, Indiana – Larry Eugene Bond, 80, of Sullivan, Indiana, passed away on Saturday, October 15, 2022 at Premier Healthcare in New Harmony, Indiana.  He was born on March 1, 1942 in Dugger, Indiana to the late William and Virginia (Harlow) Bond.

Larry worked as a teacher of Math and Physics at Sullivan High School for over 30 years.  He was a member of the Sullivan Elks, the American Legion, the VFW, the Amvets and the Indiana State Retired Teacher’s Association.

Larry is preceded in death by his wife, Judith Bond.

A Celebration of Life will be held at the Sullivan American Legion on October 29th, 2:00-4:00pm, Banquet room.  Food will be served.