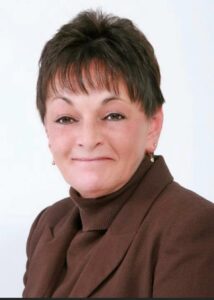 Karen Hettenbach Tooley, 71, of Evansville went home to be with the Lord on November 17th 2022. Karen was born in Evansville on October 7th 1951 to the late James and Lilla Belle Reynolds.

She was a 1969 graduate of Bosse High School. She went on to have many successful business ventures throughout her 71 years and was currently employed with Equate media INC at the time of her passing. Her most precious hobby was being a Mom and a Mamaw to her grandkids.

Karen is preceded in death by her parents and siblings, Ronnie Flemming, Tony Reynolds, Debbie Lee, and Cathy Byers.

She was a great woman great mother and a great Mamaw and will truly be missed by all.