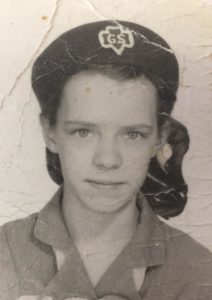 Judith Ellen Murry, 75, of Evansville, Indiana, passed away on July 23, 2020 at her home. She was born on September 18, 1944 in Princeton, Indiana to the late Jessie Frank and Ida Bell (Houghland) Murry.
Judith, a follower of the Lord, was loved and cherished by her friends and family. She had an immeasurable love for Wee Dog Murry.
She is survived by her daughter, Michele Murry; sons, Ricky Murry, Jerry and Dorothy Murry, Jurmie Sweeney; grandchildren, Justin, Alicia and Kristal Burnett, Rikki, Stormi Ellen; great grandchildren, Eli, Tye, Dayton, and Justin Burnett; sister, Janet Stephens as well as 11 nieces and nephews.
Judith is preceded in death by her brother, Johnny L. Murry and her niece, Bridgette Ann Hamm.
A graveside service will be held at 6:00 PM on Saturday, August 1, 2020 at Walnut Hills Cemetery, Petersburg, Indiana with a gathering to follow.
Simple Cremation Evansville is entrusted with care.
Friends may send a condolence to the family at www.SimpleCremationEvansville.com 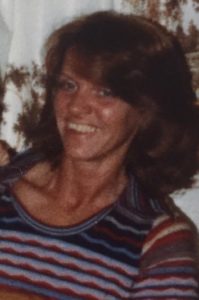