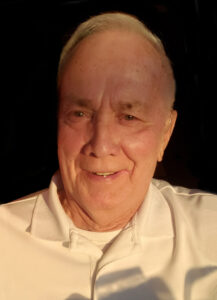 John served in the United Sates Army from January 8, 1958 to January 7, 1964.  He spent his career with Whirlpool Corp. in St. Paul until moving to the Evansville Plant in 1984 until his retirement.

He is survived by his wife of 23 years, Sandra Kilmer; his sons, Kyle Kilmer (Laura) and Sean Kilmer; his daughter, Kathleen Brown (Scott); step sons, James Trinkle (Lora) and David Weller (Hannah) as well as several grandkids and great-grandkids.

John is preceded in death by his parents as well as 2 brothers and 1 sister.