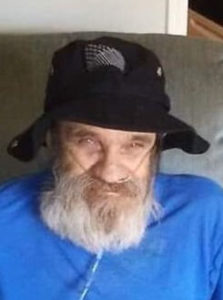 Father was born in Indianapolis IN on January 15, 1942 to the late John and Helen White Weddle.

He graduated from Decatur Central High School in Indianapolis IN. He also served respectfully in the United State Air Force and retired from being an Industrial Spray Painter.

Father was a country boy at heart who really enjoyed being outdoors. He enjoyed camping, fishing, hunting and root looking. He also enjoyed playing darts, horseshoes and Texas Hold’em. He was an avid pool player and bowler.

He is preceded in death by his brothers, Robert (Bob), William (Bill), James (Buster) Weddle, sisters Rosie and Patricia (Patty), his nephew who was more like a brother Steven (Stevie) Weddle and his long life best friend James (Jim) Sheridan.

The family would like to thank the Heart to Heart Hospice for all their love and care. Especially to his nurse Kelly Poellein for all the love and care she provided for our dad.

We would also like to thank our sister-in-law Cortney for being at our mom’s side during all this and for helping make sure he was comfortable and passed peacefully.

There will be a private showing for immediate family and followed by a “Celebration of Life” held on Sunday June 28, 2020 at Scales Lake Park in Boonville IN 47601 starting at 11:00 am. This celebration is for all family, friends or anyone whose life he touched.

In lieu of flowers any donations can be made to the Heart to Heart Hospice foundation.