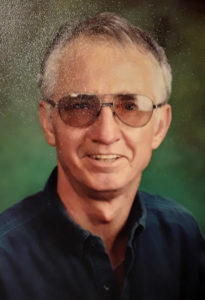 Uniontown, Ky – John W. Ginger, 84, of Uniontown, KY, passed away on Saturday, January 25, 2020 at Redbanks Nursing Home in Henderson, KY.  He was born on November 16, 1935 to the late Orville and Irene (Martin) Ginger in Evansville, IN.
John worked at Whirlpool for 43 years.  He enjoyed fishing, traveling, and long walks on the beach with his loving wife of 27 years, Margaret.  He also loved fried chicken and woodworking, as well as his two chihuahuas, Remmie June and Ruffy.
He is survived by his wife, Margaret (Bullock) Ginger; children Daniel Ginger (Barry), David Ginger, Bobby Renfrow, Samantha Gross (Wayne), and Keith Renfrow (Heather) as well as 8 grandchildren and 10 great grandchildren.
John is preceded in death by his son, John Ginger Jr. and three brothers, Don, Bill and Richard Ginger.
A celebration of life in honor of John will be held at a later date.
Simple Cremation Evansville is entrusted with care.