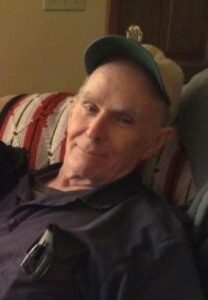 John Ronald Martin, 69, of Mt. Vernon, Indiana, passed away peacefully at 7:49pm on March 21st, 2021 at the Solarbron Nursing Facility in Evansville, Indiana.

He was born on May 8th, 1951 in Evansville to John and Anna (Cox) Martin. Graduating from Mt. Vernon Senior High School, he went on for a short time at the University of Evansville before he went to the Air Force. His career was at Mt. Vernon Barge Service as a crane operator before a truck accident forced him to retire early due to disability.

He was a proponent and lover of music, supporting the local band program in the MSD of Mount Vernon. His hobbies included working with clocks, drawing and sketching, gardening, and general handyman work around his home as he was able to. He was a kind and proud man that would always try to put others before himself, helping them and hating to take anything for his help. He had two wives through his life, Cheryl Jenny, and Linda Martin, that stayed close with him even after they had separated. He was an animal lover that loved his pets, two dogs, Jasmine and Lacy, as well as two cats that he would visit, Monster and Sassy. His life was full of hardship, but he would never complain about it to anyone. He was a great man.

He is preceded in death by his mother, Anna Mae Griswold, and father, John William Martin. He is survived by his son, John Walter Martin, his brothers, Mike and Gary Griswold, and his sisters, Ann Carroll, Mary Jane Thomas, and Donna (Gordon) Byers, as well as his aunt, Betty (Richard) Powers as well as several cousins, nieces, and nephews.

As per his request, there will be no funeral or service.

In lieu of gifts or flowers, please make memorial donations to the Mt. Vernon Band Boosters. For information, please contact them at mvhsboosters@gmail.com.