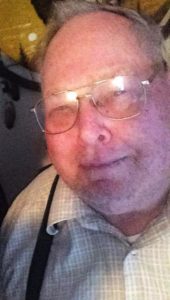 Henderson, KY – John Franklin Graham, 84, of Henderson, Kentucky, passed away on Friday, March 20, 2020 at Morganfield Nursing and Rehab in Morganfield, Kentucky. He was born on June 9, 1935 to the late John Benjamin and Willie L. Graham.

John spent most of his career as a construction worker. He enjoyed fishing, computers and playing cards.