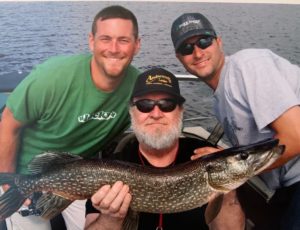 Jesse was born on January 12, 1947 in Evansville, Indiana to Richard “Dick” and Eleanor Shockley.  He is survived by his two brothers, Larry and William Shockley; two sons, Jason and Jerad Shockley; and three granddaughters, Payton, McKenna, and Violet Shockley.

Jesse was a proud veteran of the Army and served his country in the Vietnam War.  In his younger days, he enjoyed the outdoors as an avid hunter and skilled angler.  He was a seasoned motorcycle enthusiast and enjoyed riding his 1976 Harley Davidson FLH Shovelhead in every weather condition.  His proudest moments in life were the birth of his two sons on November 19, 1975 (Jason) and December 19, 1978 (Jerad), and catching a five pound bass to win a fishing tournament.