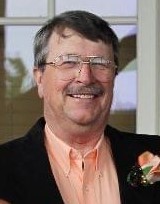 Mount Vernon, IN – Jerry Wayne Utley, 79, of Mount Vernon, Indiana, passed away on Thursday, February 3, 2022 at his home.  He was born on July 22, 1942 in Henderson, Kentucky to the late Rudy and Catherine (Mattingly) Utley.

Jerry served 9 years in the United States Air Force during Vietnam and was a member of the American Legion and VFW.  He worked for 26 years as a conductor for CSX Railroads and retired in 1997.

Jerry was in the class of 1960 at Mount Vernon High School.  He loved Appaloosa horse shows, John Wayne, religiously watching Nascar, Jeopardy, horse training shows on RFD-tv and weekly lunches with his friends and family. He was also a lifetime member of the Posey County Saddle Club.  A true cowboy at heart and loved by many.

Jerry is preceded in death by his sister, Nancy Daly and his brother, Norris Utley.

A celebration of Jerry’s life will be held at 1:00 P.M. on Saturday, February 19, 2022 at Point Township Family Life Center.

The family would like to give a special thanks and appreciation to Dr. Matthew Lee, Dr. Anthony Stephens, and his hospice nurse, LuAnn Blosl.