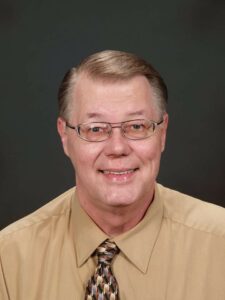 Jerry Hugh Hall of Evansville passed away from COVID complications on Saturday, December 5th, 2020. He was born on September 4th, 1949 at 12:04am in Princeton, KY to James Becham Hall Sr. and Ruby Marie Warfield-Hall. Jerry was raised in Evansville, where he graduated from Harrison High School in 1967. Mr. Hall attended Rose-Hullman following high school, where he studied Engineering.

From his youth until his retirement, he worked at a vast array of prolific companies. Jerry began his professional life working in sales at Brake Supply, then later working for Lucas Fluid Power and Pabco. He founded Hall Engineering Products in the late 1980s and designed computer systems and helped others learn how to use them. Mr. Hall closed the business in 1998 and began working at IBM for AK Steel and continued to manage their technology system until 2004. He then sold AutoCAD technology for Pinnacle and Hagerman and Company. Of all of his professional experiences, Jerry found teaching the most rewarding. He taught at Ivy Tech Community College in the early 1990s and was Adjunct Professor of Hydraulics and Pneumatics at Henderson Community College from 2012 until 2018.

Jerry enjoyed various hobbies in his brief life of 71 years. Collecting fountain pens, calligraphy, and photography, and cooking for his family were favorite pastimes. His culinary specialties included, beef pot roast vegetable soup, chili, the best pancakes in the world, coconut and pineapple upside-down cakes, and his own recipes for various breads he created. Word search and crossword puzzles also were daily activities. Watching forensic and true crime television shows along with Hallmark mysteries were regular activities enjoyed together with family and friends.

He is survived by his wife of 47 years, Paula Kay Kelley Hall; his son, Chad, and daughter, Kimberly. He also will be greatly missed by his two dogs, Stormy Gale and Dusti Rose.

Jerry is preceded in death by his parents and brother, Pete (James Becham Hall Jr.).