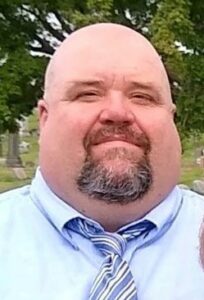 Newburgh, IN – Jeffrey Scott Minto, 52, of Newburgh, Indiana, passed away on Saturday, February 26, 2022.  He was born on April 9, 1969 in Evansville, Indiana to Jerry Lee Minto and Barbara Ann (Thompson) Keller.

Jeff worked at Verizon Wireless for over 20 years as a sales representative.  A sports fan, he loved the Cubs, Dolphins and Blackhawks.  He enjoyed travelling internationally and visited several countries around the world.

He is survived by his son, Drew Minto; his sister, Lee Ann Kirby (Paul); his mother, Barbara Keller and 3 nephews, Daniel, Brandon and Ryan Kirby.

Jeff is preceded in death by his father, Jerry Minto.

A celebration of Jeff’s life will be announced at a later date.

Memorial contributions may be made in Jeff’s name to It Takes A Village No-Kill Rescue, Inc.