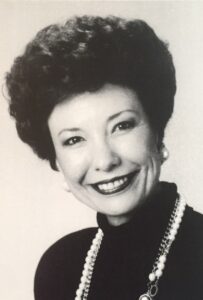 Evansville, IN – Janet Marie Watkins, 77, of Evansville, Indiana, passed away on Sunday, September 5, 2021 at the Linda E. White Hospice House in Evansville.  She was born on April 19, 1944 in Evansville to the late Charlie and Marjorie (Newman) Murphy.

Janet graduated from North High School here in Evansville.  She was a member and President of Women in Construction, Beta Sigma Phi, and was a Justice of the Peace for several years until the State eliminated that office.  As a Justice of the Peace, she officiated over quite a few marriages here in southern Indiana.  Janet was previously co-owner of Zeller Elevator Company and later employed by Bristol-Myers in the 1980’s, mainly as a Batch Record Technical Assistant, working for 15 different engineers.  At one time Janet was also heavily involved in politics, particularly United We Stand America.  Janet also really enjoyed modeling, which she did for many years, from the 1960’s through the 1990’s. She loved fine clothing, beautiful purses, and high quality, stylish shoes.

But more than anything, she loved being with her kids, grandkids, and great grandkids.

Janet is preceded in death by her parents and her brothers, Mike and Kerry Murphy.