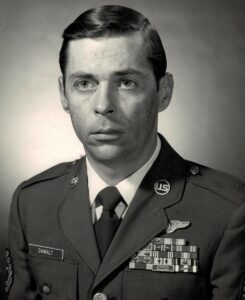 Jim had retired from the United States Air Force as a MSgt after 20 years of service.  He then went on to work at Proctor and Gamble in Jackson, Missouri where he was known as “Sarge” for over 20 years.  At home he was an expert woodcarver.

Jim is preceded in death by his brother, Thomas DaWalt and his grandchild, Sarah Fazio.