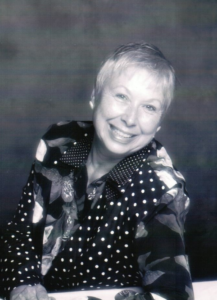 Jacqueline “Jackie” J. Hill of Newburgh, IN. age 77.  Jackie passed peacefully into the arms of Jesus on Thursday February 18, 2021. She was born on March 10,1943 in Evansville, IN. to Eugene E. Remole and Ida Mae (Ermling) Remole.

Jackie is preceded in death by her parents, Eugene and Ida Remole, along with her husband, William “Bill” Hill.

Jackie was a 1961 Reitz High School graduate; she went on to further her education at Lockyear Business College.  She was a school bus driver for Perry Township School Corporation in Indianapolis. Jackie then moved back to Evansville and became employed with The Metropolitan Evansville Transit System in which she retired from in 2005. Later in Jackie’s life, she went on to work at The Cracker Barrel. She loved to travel and enjoyed her time with the Red Hatters, Home Makers Club, Knitting, Sewing, as well as being active with her church family. Jackie never met a stranger, she loved spending time with her friends that were so very dear to her heart.

Family and Friends are invited to visit at 5:00 p.m. until service time.

In lieu of flowers, memorial contributions in memory of Jackie may be made to the American Diabetes Association.