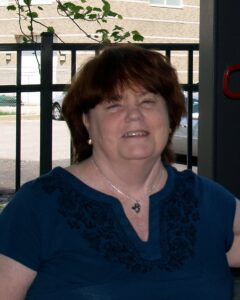 Age 77 of Henderson, Ky passed away on Saturday March 27th at Deaconess Hospital after a brief illness.

Iris Joan Thompson was born on August 10, 1943 in Alabama City, Alabama to Franklin and Carrie Thompson, and lived much of her early life in Jacksonville, Florida. While attending college in Madison, TN she met and married Paul Reynolds in 1964. They were married 29 years and had two children. The family moved to Sturgis in 1979 and Iris spent the rest of her life in Union and Henderson Counties. Iris spent most of her working career in the nursing and home health fields and enjoyed helping others. She enjoyed spending time with family and friends in her retirement years, especially at bingo.

Iris was a loving mother and will be greatly missed by her friends and family. She is survived by her son Tony and daughter Theresa, granddaughters Miranda and Olivia, sister Andrea Thompson and brother Franklin Thompson.

A memorial service will be held on April 24th at 3p.m. at the Henderson SDA church located at 2548 US HWY 60E Henderson, KY