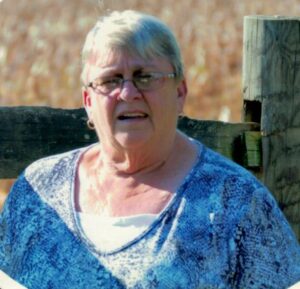 She is survived by her husband, Leslie Curtis; son, Rick (Yvonne) Curtis of Smithton, IL; daughter, Roxanne (Jeff) Kempfer of Monroe City, IN; three grandchildren, Amanda (Case) Colley, Alyssa (Shane) Neel, and Bailey Kempfer; two great-grandchildren, C.J. and Adrianne Colley; and a “great-grandchild to be” arriving in April 2021.She was also survived by her sister, Shirley (Robert) Gray of Illinois; and her brother, Dean (Peggy) Gilbert of Arizona; sister-in-law, Alice Morris of Amboy, Illinois, as well as several nieces and nephews.

She was preceded in death by her parents, four brothers, and two sisters.